The viral video “A Conference Call in Real Life” by Tripp & Tyler has swept corporate America and been greeted with nearly uniform laughter because, as many a viewer would attest, “it’s so true.” Clearly all sorts of awkwardness has occurred when people can’t discern who is in on a mass telephone conversation, can’t understand what another person is saying – or find the abrupt barking of a homebound pet dog incongruous to what had been presumed to be a professional discussion.

These are all understandable foibles for a human species that needs to see as much as hear each other for full comprehension. The humor in the dog gag is in the eye / ear disconnect: Had we and the conference callers been able to see that the dog’s owner was calling in from home, we would not be surprised to hear the sudden bark.

But a passage of the video in which an unwitting participant’s voice abruptly starts to echo horribly, to the listeners’ agitation, suggests an additional technological limitation to phone calls: Has the quality of everyday voice service by phone gotten worse over the past 20 or 30 years? I recently talked by phone with a colleague who was traveling in Nairobi, Kenya and – like the callers in the video – we both suffered through the usual “sorry, go-ahead” / no-you-first” delay effect common for so long to transoceanic calls; but I’ve gotten the dread echo here within the continental U.S. as well, using a landline, in the 21st century.

The fact of the matter is, phone-calling is not a particularly effective form of communication, and it never has been. Even though common use of the telephone is only about a century old, it can be easy to forget that for millennia and millennia of human existence there was only one minority condemned to communicating with others not by sight but by sound alone: the blind. The sighted – and those fortunate today to have contact with the outside world by more than phone alone – are well-equipped for the full spectrum of interpersonal communication, estimated to be about 60% facial and 40% vocal.

Which is to say, those who must comprehend others solely on actual words and tone of voice have two strikes against them before a conversation even begins. And the likelihood of comprehension and making a real connection drops fast if the quality of that sound is eroded, as with the hapless conference callers in the video.

This might have been lost on a former colleague of mine who once excoriated me over my preference for email because, he said, “that’s not communicating – that’s just typing.” (That he was obliquely referencing Truman Capote’s famous dismissal of Jack Kerouac’s book On the Road is probably purely coincidental.) He was a 60-something who had come of age in an era when success in business was equated with successful use of voice and the telephone, not the leisurely-paced written word which digital technology came to supercharge. Without a doubt he would have taken umbrage at a spoken line near the video’s end:

“Beth, you’ll send out a recap email that could’ve basically taken the place of this whole meeting, correct?”

Because for my former colleague, the telephone call was the thing; barring an in-person meeting, it was how he built relationships and got things done.

Like probably many, I favor face-to-face meetings over any for establishing the all-important personal foundation on which all subsequent communication is built, followed by emails allowing for well-thought-out, well-cited and well-supported back-and-forth discussions that don’t intrude and necessarily demand an immediate response.

Then would come Skype and its online conferencing ilk, which even with their own occasional troublesome connections at least provide the combination sight-and-sound so essential to interpersonal communication; then text messaging, which allows for the instant bursts of short-form contact that the phone provides without the intrusive “your-call-caught-me-in-the-middle-of-something” potential for awkwardness. (This difference is well noted by Millennials, and also the primary cause of a transition from voice to data documented by cell carriers).

Last, of course, would be barenaked phone-calling — convenient for the flash of a moment, yes, but with no ability to see the person you’re talking to, no way to show documents you’re looking at, and no string of a written back-and-forth to reference and refresh the memory.

With the rise of online video conferencing, will the traditional voice-only phone so well pilloried in “Conference Call in Real Life” one day take its place alongside the dial-up modem and the fax machine in the dustbin of history? I wouldn’t bet against it. 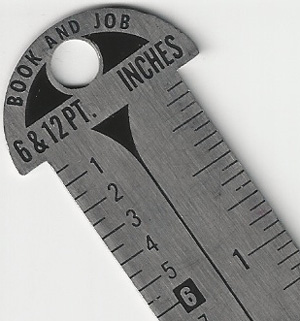 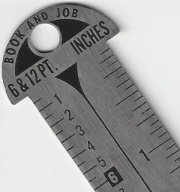 Today I lodge my complaint about content management systems (CMS).

How many millions of dollars, how many miles of code, how many lifetimes of human productivity have been lent so far in the service of replicating on the web the ease-of-use and sophistication that print publishing has achieved just in the last several decades?

And we’re still not there. But thankfully we’re getting close. Just maybe not fast enough.

For those of us with longer memories, this is all a little reminiscent of the dawn of desktop publishing 20 or 25 years ago. Back then moving text around required not just an eye for symmetry but also some dexterity with the typesetter’s tools — an Xacto knife to cut Lintronic type, and a pica ruler (or “pole”) to make sure everything was placed straight and even on the layout board. I became so adept at using both that I sometimes came home with waxed pieces of type on my shirt sleeves.

The introduction of DTP was joyous for most publishers. Can we say the same about a typical web CMS?

How joyous was the introduction of desktop publishing, to suddenly have sole control of every element on a page with a swipe of the mouse or a peck of the keyboard. Oh, the transition was not instant. Early versions of DTP software like Aldus Pagemaker and Quark XPress were complicated enough that a whole new occupation sprung up: “desktop publisher.” Try finding that title on the job boards today.

DTP instead quickly became so mainstreamed — such an extension of the eye and hand — that its reins were placed where they should be: in the hands of graphic designers and editors.

Exactly where control of the web CMS should be today.

And in that spirit…

Here’s what I’d like to see in a CMS:

The bulk of web content should be easily edited and moved around on a web page by nearly anyone, no HTML knowledge needed — like an extension of their own hand. This means web developers are never needed for workaday content — just for special applications like high-level interactive elements and for moving to new platforms. As I say we’re nearly there on this count, and WordPress (thank you) may be its highest manifestation so far.

Bulk content should be easily portable across any publishing platform — e.g., from QuarkXpress right into WordPress or vice versa. Eh, we’re not so close here. A web CMS has a bias for the web; DTP has a bias for print. Today’s harried content producers make no such distinction. XML offers much hope but the reins are still in the hands of web developers. CMS suppliers: Tear down this wall!

Editors should be able to easily create basic tables and charts — static and interactive; for later enhancement by designers / developers if necessary — right in their one-screen CMS. Some freestanding applications are out there like Piktochart but nothing is right at the editor’s fingertips at the point of origination of content.

Content producers should be able to get an instant preview of what their page-in-progress looks like on any application — print, browser, smartphone, tablet, etc. In DTP we called this WYSIWYG (what you see is what you get) and it’s needed still. Responsive design is on the cusp of making this happen for the user but the next logical step will be making sure the content producer can see it too, while they’re working, on any given platform.

The issue of image file size needs to be resolved: print wants hi-res for quality, web wants low-res for page speed, and publishers have to retain both versions. When can we use just one? This issue may be forced by the boom in publishing for hi-res tablet displays.

DTP operates in a controlled environment, of course: Its sole destination is the printing press; whereas web content of course relies on the Internet and must be legible on multiple devices, operating systems and devices, and all this keeps changing. So it wouldn’t be fair to hold DTP and a web CMS to the exact same expectations for ease-of-use. But I dare to dream…